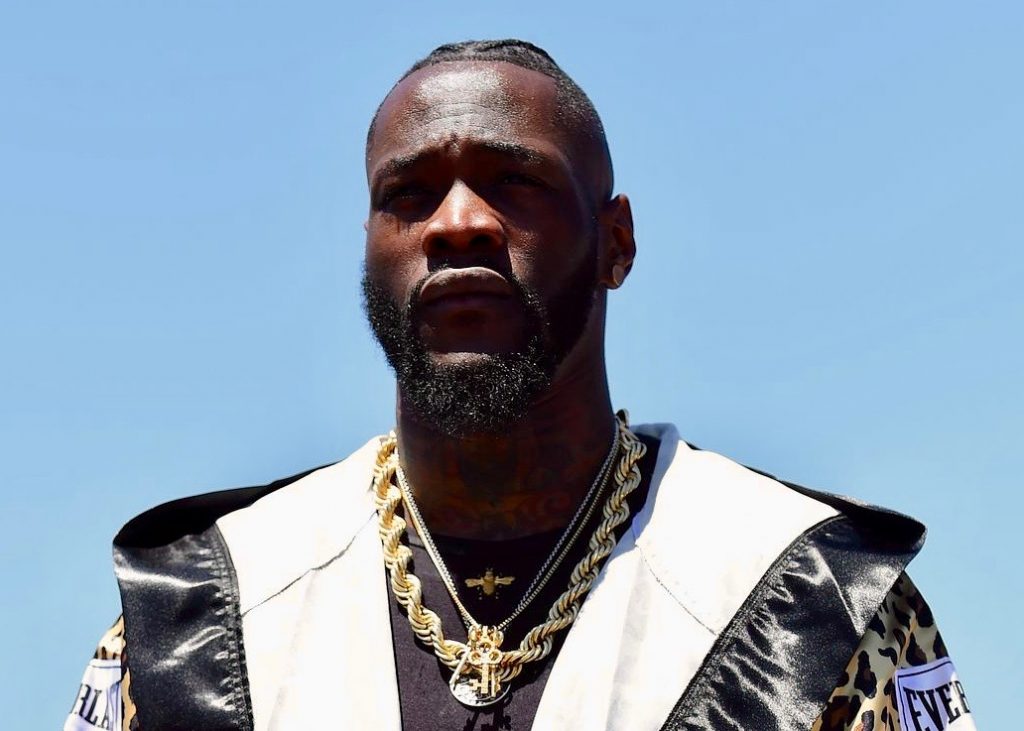 Friday May 5th 2017, Luke was in Marbella while I travelled to meet John in Styal – Slav candle, Wye honey, and Congolese Dioptase in hand. The Almighty presented us with six hours in which I proposed how his son could be restored and claim all that’s rightfully his.

575 days hence, and few anticipated the waves made by the undersubscribed bout in Los Angeles. Following Wilder v Fury, many commentators have changed tact and are proclaiming Fury’s brilliance. Fury, Wilder, Joshua are the family names being spoken in one hurried breath of rock-paper-scissors.

We face an unprecedented situation. Three undefeated heavyweight world champions approaching zenith. So why’s no one treating them with the respect they deserve, by investing in a proposal worthy of destiny – the object travelling in the slipstream of history. We glimpse it like a lead-out rider spots the helmet of a sprinter over his shoulder.

Anthony Oluwafemi Olaseni Joshua, an Egba from Ogun State. He wears his allegiance and guiding force on his right sleeve. His triumphs have partly inspired a resurgence in Nigeria’s domestic boxing scene, which had been in the doldrums since the Nation’s independence. Boxing was, at one time, Nigeria’s national sport. Joshua represented Great Britain in the 2012 Olympic games. In Britain, he is a media starlet, but only a Nigerian has the eyes to see his stars of destiny; that he will return to Nigeria as its most famous prodigal son. The most pertinent question is, who will he draw with him?

When Deontay Leshun Wilder posted a breakdown of his ethnicity on Twitter last year, it shed light on the great cloaks and masks he wears for ring walks. Wilder’s descended from the Kingdom of Benin the stretched from modern-day Cameroon up to Togo. Born in Alabama, Wilder’s spirit is connected to the lands of his ancestors. Through him they remind the world of unhealed struggles and humiliation suffered by a great people. This Oba of Alabama given the name Deontay, Dios of Zeus; Zeus god of Thunder.

Tyson Luke Fury was born weighing 1lb, and resuscitated by his father on a day of a mighty thunderstorm. Today, he is a man who walks in his faith, proud of his Irish traveller heritage. The self-styled Gypsy King has always embodied what it means to win against the odds. And if his way of life seems unplanned, perhaps we can surmise that his life is unfurling according to a higher mandate? His calling revealed at his first breath as if an Angel traveled to the precious moment when the tiny son was cradled by his father and whispered, Luke. Luke titled Tyson. In honour of the most efficacious boxer of the era, who compressed and channeled anger’s energy.

A tripodal format would galvanise the attention of the world, and its combined revenue equate to roughly half that generated by the Olympic Games, and easily allow for buy-out clauses to be settled.

At a recent press conference, Fury suggested that the $50m Joshua allegedly snubbed when offered a fight by Wilder was enough to change the fortunes of a small country. Far-fetched, maybe. However, if the Titans agreed to fight for and distribute revenues to three causes – remediation (Delta), infrastructure (Middle Belt), and housing (Lagos) – it would send a deafening signal to powerful detractors.

Capital earmarked for similar allocation in Nigeria never reaches its purpose. For this reason, the unprecedented purse would be treated with seminal transparency by means of utilising distributed ledgers revenue to direct funds to defined and actionable solution-driven projects. In turn, it would offer the Titans a transformational interest, a lifetime commitment symbolised in the Governors of Rivers, Plateau, and Lagos State bestowing on them Freedom of the Cities.

For Nigerians, these days are troubling. The utter exhaustion of its army that facing weaponised warpedness is well known. The country has been at best treading water for an election cycle, and still clings to the paused-breath-observance of oil prices determined by factors beyond its influence.

In mobilising efforts around an idea, this September, Fury, Wilder, and, especially, Joshua have the opportunity to draw a line in the sand of Nigeria’s derision. Their combined presence can galvanise a country with unparalleled demographic, and bottle the transformational power in a three-act rendition of a sport that traces its origin to Sumer.

Rainstorm in Rivers; Thunder in J-Town; Lightning in Lagos is more than belts. It is more than broadcasting contracts coordinated by the old guard. It is the helmet that has been bobbing in their peripheral vision all their lives. They are sportsmen, warriors, fathers in their own right. Now the world’s eyes are on them, and it is time to raise vision.

If Joshua and Wilder choose to repatriate their energies to their forefathers’ land , imagine what multitudes of Nigerians in London, New York, and Guangzhou might see that their best of life is in Nigeria. It has become vogue to discuss the repatriation of sacred objects, rightly so. But for the first time in the history of the Benin Royal Family, last month the Oba of Benin traveled from his palace to receive a foreign visitor in Abuja. Through the lens of time, this stained a low-water mark. It proved Nigeria will not restore its dignity by prising objects displayed in cabinets, but by showcasing what culture is capable of and rebuilding pride in its citizenry.

Boxing pundits expect sporadic bouts to take place in the sanitised stadia of weekly observance. But now, the gauntlet has been laid at the feet of the Titans to fight in quick succession. The world is watching. The Titans have the power to transcend the antagonism of sponsors, promoters, and broadcasters. They will decide. The world will know. There will be no ambiguity. Nine months is enough to conceive and deliver new life. And maybe, just maybe, in nine months they’ll show the world unraveling to fractionations a better way.

The Oba, the King, the Star need only look to Muhammad Ali who’s looking down upon them, his successors. Never has a bout surpassed the lore of the Rumble in the Jungle. The belt given to the next legend has hung over Africa since that night in Kinshasa. Waiting patiently for its echo to reach the shores of an auspicious moment on the cusp of a renewed age.

Cherubim stir memory that we might perfect the past: